Out of 615 million airline passengers last year, half a million were bumped from flights. 9 out of 10 of those were voluntary. What percentage of all booked passengers were involuntarily bumped from a flight?

Yes, I had fun at the expense of United Airlines’ most recent viral embarrassment, but I had two serious questions that I needed answered:

I had my class answer both questions for me. I started class by handing them the prompt and this now famous video clip: 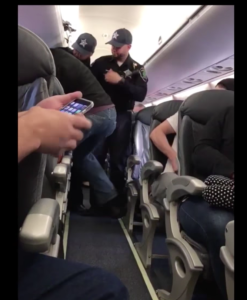 I then shared what I learned about the law in regards to this incident. United Airlines and law enforcement officials were legally in the right to remove the passenger from the plane. When overbooked, an airline has the right to randomly bump passengers, but they must first offer an adequate incentive for volunteers, which United did. These regulations are in the contract rules that we all agree to, but never read, when buying an airline ticket. The law also states that any passenger must comply with directions given by airline personnel or law enforcement officers. Since the unfortunate gentleman on the plane resisted the directions of the authorities, the airline and the police had the legal right to forcibly remove him.

It was the third part of the law, however, that was the most disconcerting for me. If an airline involuntarily bumps you, they must guarantee your arrival at your intended destination within 24 hours. But that is not good enough for me. I often travel to places where I am expected to be working with teachers early the next morning. A 24-hour delay would be far too late. So my new burning question is: Should I leave greater leeway in time when I am traveling? That is what I needed to answer. The students helped me think through it.

Nine out of 10 voluntarily bumped means only 10% of the 500,000 bumped passengers, or 50,000 passengers were removed involuntarily. That 50,000 out of 615 million is a whopping 0.008% of all booked passengers last year. So what does that mean in terms of my flight habits? How many times would I have to fly in order to expect being bumped at least once? 0.008% of what number equals one (1 = 0.00008x)? It turns out that I would need to fly 12,500 times. In over 40 years of an active adult travel life, I would have to board a plane nearly every day of my life to expect this to happen. Of course, probably and possibility are utterly different, so I could be bumped on my next flight, but I am not ready to start adding an extra day to every travel trip for such a small chance.

So how did my students do with this calculation? My prediction of one student was an underestimation. Five actually calculated correctly, with 3 others getting close, showing appropriate work. Why was such a simple math topic (calculating percentage) such a challenge for a group of 15 & 16 year olds? In talking with the students, I came to realize that this was the classic case of “making sense of problems.” There were multiple layers in unpacking the prompt,  as well as the added layer of interpreting such a small fraction of a single percentage point and the need to make a decision based on that numerical interpretation.

It is noteworthy to reveal that I gave this problem to four adults. All four answered correctly (0.008%), and all four struggled to make sense of what was being asked.

So how do we get students more proficient at making sense of problems that require basic math? Easy. We pose those problems more often. Which I intend to do.

I added two components to a lesson task on rational equations. The first was an idea called Hint Cards which I discussed in a previous post. The second one was having students use Desmos to confirm numerical answers that they found algebraically. This lesson is worth sharing, because of what I discovered that the students didn’t know how to do and what they learned from the activity.

The students had just completed the  Optimum Bait Company task. I gave them 5 minutes to check their answers with Desmos. Mathematically speaking, they needed to confirm that for the equation, , the following were true:

I was struck by how utterly stumped they were on using a graph to check these answers, even though they possessed all the prerequisite knowledge necessary. They understood the context of their answers (The average production cost of 1000 lures is $4.45). They knew how to find a y-value from a graph given the x-value (C(1000) = 4.45). They also were experienced at graphing equations with Desmos (y = (4200 + 0.25x)/x), and they knew how to establish a domain and range for axis in context. While my students had each of these four connected skills, they were missing the connection between them all, so I embraced the teachable moment.

I started with the basic idea that the equation we need to graph was the one for the average cost:  C(x) = (4200 + 0.25x)/x. A major problem faced them, though, when they first graphed this equation… they couldn’t see the rational function in the default window.

So my next move with the class, was to use the numeric results to determine the domain and range. The range was simple since we all of the monetary answers were between 0 and $5.00. The domain needed a bit more discussion because the one value of 42000 lures compressed the graph so significantly that the class thought it better to leave it out of the visible domain, so we agreed upon 0 < x < 13000.

From here I could have just traced with finger along the screen to show where a point with a value of x would be located on the curve, but I wanted to tie in the writing of horizontal and vertical equations, and solutions of systems. Therefore, I had the students enter the additional equation of x = 1000, and click on the point of intersection.

The students were getting happier and more confident so we kept rolling by entering a table with the additional increasing values of x, representing the number of lures.

The table confirmed the students answers and supported their common response that the values were approaching a limit of 25 cents. This appealed to their sense of context that the cost per lure could not drop below the original 25 cents per lure. That made for an easy connection to the finding the horizontal asymptote of the rational function for which the degree of the numerator and denominator are equal, which in this case was also 0.25. So we graphed this as an asymptote. It turns out that it was easier to see how closely the curve approached the asymptote if we temporarily increased our visible domain to the 42000 lures.

Finally, we entered the equation y = 1 in order to see the number of lures required to drive the average cost down to $1 a lure.

This serendipitous exercise was amazingly productive for reinforcing understanding of graphing in general, as well as the connection between numerical values, algebraic formulas and context.

Currently, he is saving for his first car and knows that he will have to start with a used, low-end model, but he dreams big. He is always talking about Ferrari’s and Rolls-Royces. We like to talk about them together and point them out on the road whenever we are driving. He is convinced that he will own one someday. When I respond to his talk of grandeur, I want to sound like the Encouraging Dad (“Terrific, what kind of successful job do see you see yourself having, so you can afford that kind of car?”), but I worry that I sound like the Practical Dad (“That’s nice, it might be more realistic to set your sights on a cheaper car.”). The truth is that my words usually come out somewhere in the middle, which led to our very interesting math conversation the other day.

On a long drive back from a water polo game, we were talking about reasonable incomes (Practical Dad ruling the moment). He is a Junior in high school, so his interest is peaking about how much money is to be made as an adult. The conversation went like this:

Me: Guess what the average annual income is in America.

Me: It is actually about 4%. I know several people who make that kind of money. None of them drive a Ferrari, so you are going to have to make more than that. (Encouraging Dad trying to break through.)

Preston: If I made a million dollars a year, I could buy it in one year and still have enough to live on.

Me: With enough left over to care of me and your Mom. That would be awesome, but you are going to have to do something special, because less than one-half of one percent of Americans make a million dollars a year.

Preston: It has to be more than that. Look at how many rappers there are making bank.

Me: And think about how many are making just a normal living or how many are standing on a street corner singing while they hold their hat out for tips. Very few earn “Checks that look like phone numbers.”

Preston: Look at how many millionaires we know.

Inspired Math Question #1: If you know 5 millionaires, what percentage is that of all the people you know?

Inspired Math Question #2: If one-half of one percent of the people you know are millionaires, how many people would that be?

Preston: I bet there are at least a million millionaires in the country.

Inspired Math Question #3: Given that there are 300 million people in the U.S., and that 75% are adults, would one-half of one percent of American adults be more than a million people? (to be estimated while driving without a calculator)

Me: I am guessing that we are both correct on this one.

Preston: I still say it has to be more than that then. (Whether I am encouraging or practical, I am still Dad, so he must win!) Look at how many expensive cars we saw just today. There was a Ferrari, a Lamborghini and a Bentley.

Me: Yes, and think of how many other cars we saw today. 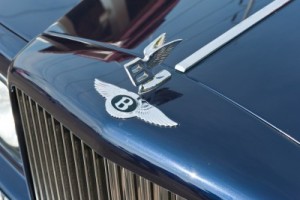 Inspired Math Question #4: Approximately how many total cars might you see driving on a freeway for an hour on a Sunday afternoon? (must explain your reasoning on this one)

Inspired Math Question #5: If you see three expensive sport cars on that same trip, what percentage of all the cars would that be?

As we arrived home, Preston was still seeking victory. He is very good with mental math, so he knew where I was going with all the number crunching. In order to get the upper hand, he needed to bring in an expert, and what better expert in the world of teenagerdom to call upon than the internet? He Googled on his smart phone, “How many millionaires are in America?” and got an answer of over 3,000,000. He loudly reveled in glory. I countered with the age-old math argument of the importance of definitions. In this case, there was a difference between annual income and net worth. He was having no part of it. He was to busy flexing and bragging to Mom about how he just “owned” Dad in a math debate.